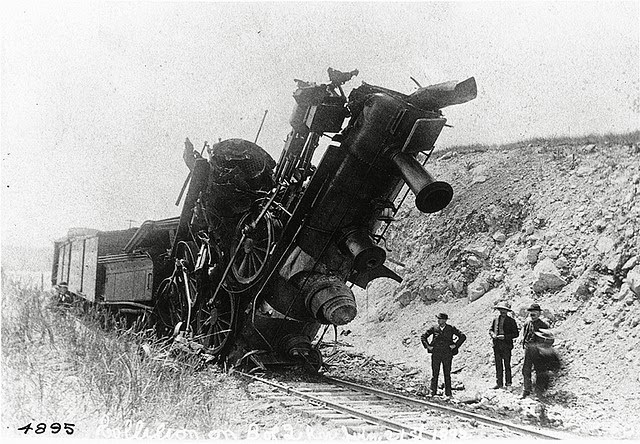 The UK will be marking two significant anniversaries with regard to the history of immigration policy during the course of 2018, neither of which give any cause for rejoicing.

In chronological terms, the first of these occurred on 1 March, which marks 50 years since Royal Assent was given to the Commonwealth Immigrants Act of 1968.

This was the second piece of legislation addressing the issue of the migration of people from the countries of the former British empire, the now Commonwealth, who once had the right to freely enter the United Kingdom to take work and settle.  The first Act, passed in 1962, had ended this open door policy and had made Commonwealth citizens the subject of immigration control.

The 1968 legislation is best known for its effect in stripping a group of people who had the status of British citizen (at that point known as ‘Citizen of the United Kingdom and Colonies’) of the right to the UK with exemption from immigration control.  The target groups were people primarily from the countries of the Indian subcontinent who had migrated at the time of British colonial rule to a group of countries in East Africa to serve roles in railway construction, trading, administration and as civil service officials in the new countries.

As the East African colonies became independent states during the course of the 1960s the issue of the status of these people became ambiguous.  The main countries concerned – Kenya, Malawi and Uganda – adopted constitutions which automatically awarded citizenship to people considered to be native African but withheld it from those who, even though long-settled and even born in the country concerned, were of south Asian ethnicity.  Most in this category retained the status of Citizen of the UK and Colonies, which until then had been identical to that held by a person born on the territory of the island of Great Britain and the province of Northern Ireland.

The 1968 Act was famously rushed through all the stages of Parliamentary procedure in 48 hours by a Labour government keen to appease feelings of antipathy towards these ethnically south Asian British citizens who were beginning to exercise their right to come to Britain in response to the ‘Africanisation’ policies being pursued by the governments in the countries in which they had been residing.  This meant imposing immigration controls on people who had an indisputable claim to be citizens of the United Kingdom because of, as it was put at the time, their service to the ‘mother country’. It achieved this through the use of a cynical device which aimed to distinguish between different types of British citizen based on the invention of a concept of ‘patriality’.

Patriality referred to the route by which a British citizen had acquired that status.  Patrial British citizens were usually people who had the right to a UK passport because they were either born (or naturalised) in the UK, or, if born outside the UK, it was to a parent who were themselves born in the UK, or otherwise naturalised in the UK at the time of the person’s birth.

The category of non-patrial citizen referred to people who had the status of Citizen of the UK and Colonies but had acquired this through a connect with a British colony or protectorate rather than the ‘homeland’ territory of Great Britain and Northern Ireland.  The significance of all this was that the vast majority of patrial British citizens were white, whilst their non-patrial counterparts were brown.  By making this distinction between two groups the UK government had enshrined a racially discriminatory principle, not just into law, but into an area of law which is considered by be fundamental to the constitution of all law and governance itself.

The 1968 Act revealed attitudes in the ruling political circles which showed that the views of Conservatives and Labour figures differed very little when it came to the position of immigration.  The cabinet minister and political diarist, Richard Crossman noted that only one Labour minister,  the Commonwealth minister George Thomas, objected to the proposed legislation on the grounds that “would in effect discriminate against the Asians from East Africa because of their colour.” Thomas complained that, “This would contradict all that we had said on the subject.”  The Labour Home Secretary, and later prime minister, James Callaghan, had no truck with this.  Crossman noted in his diary that, “Jim arrived with the air of a man whose mind was made up. He wasn’t going to tolerate any of this bloody liberalism.”

The Commonwealth Immigration Act was now in place.  Though modified by the passing of a further Immigration Act in 1971, the principle that immigration law could discriminate against people on the basis of their ethnicity, was as solid as a rock, and that this continued to apply to groups of black and Asian citizens who had other attributes of British citizenship.

It might have been the case that British Labour politicians felt justified in bringing racially discriminatory principles into the heart of immigration and nationality law because the public debate at that time had become so polarised around the issue of ‘coloured immigration’ that some sort of concession of the patriality type had become necessary. Some no doubt took the view that once the poison had been drained then the famed British tolerance would begin to kick in and new standards of justice applied to the newcomers. In fact, rather than contain and reduce the problem of racist antagonism to immigration, the 1968 Act only increased the intensity of the public appetite for more measures of this type.

This is the point where we have to mention the second anniversary to be marked during the course of the current year: that of Enoch Powell’s ‘Rivers of Blood’ speech.

The former Conservative minister for health and, at the point of making the speech, opposition spokesperson on defence, delivered this most notorious contribution to the public discussion on 20 April 1968 to a meeting of members of his party in Birmingham. Whilst the controversies around the Commonwealth Immigrants Act raged on he acted to maintain heat around the subject with a dose of rhetoric that was shocking for the explicit racism of its tone. In his delivery he predicted that “In this country 15 or 20 years time the black man will have the whip hand over the white man.” He claimed that he was giving voice to “the decent, ordinary fellow Englishman, who in broad daylight in my own town says to me, his Member of Parliament, that his country will not be worth living in for his children.”

The speech’s language worked hard to portray “ordinary English people” as a “persecuted minority”, beset by “grinning  piccaninnies” and steadily being deprived of hospital beds,  places at local schools, homes and access to opportunities for employment in decent jobs. In setting out this narrative Powell aimed to build on the recent achievements of the right wing in the form of the two Commonwealth Immigrant Acts and to extend this further by measures that would bring about the wholesale repatriation of the resident ‘coloured’ community.

In its own terms the speech was a sinister but brilliant inter-weaving of anecdotes and supposed facts about the significant challenges that exist during times of rapid social change but set firmly within the context of a profoundly racist view of the world.  He opined that the “marked physical differences, especially of colour” inevitably made integration a difficult prospect that only a portion of the newcomers would be able to accomplish. The rest, giving the Indian Sikh community as an example, would insist on “communal rights” that would lead to a fragmentation of British society.

Powell threw out the challenge to his audiences to escape the fate that was portended by immigration.  Though his own chronic aloofness from the people on whose behalf he claimed to speak prevented him from playing the role of a genuine leader of a populist Powellite movement, the Rivers of Blood and other speeches given during these fateful months did spark an insurgency in support of the demand for repatriation which made an impact on sections of the trade union movement.  It also encouraging a revival of the hard-line fascist right wing under the banner of the National Front movement which worked to stir up antagonism against black communities right up until the mid-1970s.

The 1960s appear as crucible years for the forging of immigration policy and they have continued to have their effect until the present time.  The principles that were hammered out made it legitimate to draft new laws and policies in accordance with populist, anti-immigrant moods.  A ratchet effect operated that held in place the restrictions on rights that had been conceded to the waves of xenophobia across the years and held this as the starting point for the next wave of measures considered necessary to address sets of supposed crises dealing with, depending on the times, a family reunion, refugees, or, most recently, migrant workers. Liberals argue that such concessions are necessary to ‘steady the ship’ and signal to insecure citizens that the elites understand their anxieties.  But this comes at the high price of forever stripping away fresh layers of what were once considered to be the rights due to any person living a reasonable life and causing no harm to any fellow resident.

The legacy of the legislation and the political debates of these earlier decades is the ‘hostile environment’ which embraces all immigrants – and now no longer just those who can be distinguished by their colour.  There are hopefully signs that at long last social movements are coming into existence which acknowledge the fact that you can go so far in foreclosing on the rights of immigrants that you reach the point that the civil and human rights of all citizens are in jeopardy.  We reached that point some decades ago. As younger voices begin to be raised against immigration injustices there are signs that informed, educated public opinion is finally moving, but still at a rate that is rather slower than what is needed.